Igor Bošnjak, selected artist within the MMSU Touring residency programme, and as a part of the project Risk Change visited fourth and final location, Maribor. The last part of his residential programme lasted from 14th until 28th of November 2019, with the solo exhibition Project Utopia as a closure event.

Exhibition Project Utopia was openned on 27th November and will last until December 21st 2019 at artKIT space (Glavni trg 14, Maribor). For more info about the event, check the following link: https://www.facebook.com/events/728563227664882/

From the text of the exhibition curator, Živa Kleindienst:

A multimedia project by artist Igor Bošnjak explores the multifaceted relationship
between a cartographic representation of a geopolitical landscape and its perceived and
constructed (utopian), always historical, cultural and ideologically conditioned image, or
illusion.

In this particular gallery set-up, through a constellation of videos, installations, sound recordings and drawings, Bošnjak offers the viewer a multitude of visual reinterpretations of a known space, corroded by internal institutional inertia and hunted by the ghosts of history, while at the same time he re-questions concepts of utopia/dystopia from different aspects, especially in the light of modern migrations.

The exhibition Project Utopia draws on Bošnjak’s work EUtopia, a theatrical video
consisting of images of a painted canvas (a relief map of Europe), made by the artist using oil paints, and a carefully selected musical background, interrupted occasionally by human narration. The rather straightforward wordplay contained in the title of the work does indeed allude to contemporary geopolitical power relations, yet at the same time – with its underlying meaning in the context of the present, a set of political, social, ideological and economic conflicts and crises – it actually triggers a sense of unease. In the video, Fortress Europe, as the so-called Old Continent is often referred to, especially in the context of migrations, the refugee crisis and the militarization of its borders over the past few years, appears even more monumental, and only adds weight to the concept of utopia as such.

Utopia, namely, is inherently conflicting, and requires us to provide answers to questions such as: Whose utopia are we actually talking about? Who is even considering (a European) utopia today, and in what way? To whom is this utopia actually hospitable?
The perception and representation of Europe as a utopia in the eyes of many refugees
and migrants displaced from areas of military, environmental, economic and other political conflicts (we are hereby referring also to European countries outside of the Schengen area), is re-questioned by Bošnjak through a series of digitally manipulated cartographic images and a mural of the European continent. The distorted form of the map, from which the artist has removed familiar visual geographical elements and filled it with layered satellite images of countless cities, landscapes, airports, ports and forests, is a motif repeated throughout the greater part of the exhibition. The complexity of the content is thus clearly problematized even from the formal perspective of the exhibited works. On the one hand, it is about an inherent paradoxical link between the seeming/the virtual (i.e., the constructed, digital images, the creation and distribution of which is made possible by modern technology) and the real (where that same technology, designed for control and destruction, drains and destroys the environment and human bodies, with the sole purpose of accumulating capital and power). On
the other hand, the repetition of the motif of a distorted European continent, a utopian idea of many, reinforces precisely this utopian perception of the European geopolitical landscape, which soon turns into a dystopia, to the point of utter absurdity.

The projection of sea waves flooding onto a sandy shore, and the paper boats sailing
across the digital sea, confront the viewer even more directly and intimately with the “bare existence” – a life reduced to the biology of the body that is deprived of a political existence of (in the words of Italian philosopher Giorgio Agamben) “those traveling towards a European utopia.” In a manner of speaking, the two highly poetic installations, in which a childlike naivety and playfulness are integrated in the problematization of the subject matter, even deepen the poignancy of the moment. Perhaps this is precisely where Bošnjak’s own experience of war, migrations, refugee conditions and the (geo)political momentum that shaped him, are expressed most vividly. Bošnjak not only confronts the viewer with re-visualizations of a known geographical and politically constructed space, but actively engages them in the creation and processes of these interactive art works. The works, in which the individual and the collective are intertwined, thus become a mode of non-hierarchical communication between the artist and the viewer. 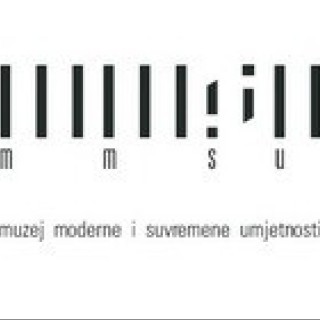 In this blog we monitor and document activities within the new European project RISK CHANGE, which is dealing with the issue and the problem of migration in today's society. Through different creative, artistic, scientific, intercultural approaches, we will work on building a network between migration and local population in partner countries, with the goal of integrating migrants into individual local communities.

FOPSIM
Foundation for the Promotion of Social Inclusion in Malta,
Zejtun, Malta
http://fopsim.eu/main.html